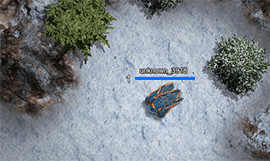 Stba io game is considered one of the most played online games that are loved a lot by the family members and friends. Aircraft hovers like peregrine and something like bomber but it only moves where you want to move it with the help of cursor. Some of the units of the game like the Gladiator have some alternative guns to the fire by clicking the right and there’re also most of the units with primary weapons that are fired by clicking left on the target.

All the used units have an effective ability to play that’s hot keyed to the number of keys and you can move to the zoom option by moving the mouse wheel.

If you want to get the better results, you should have the best gaming laptop and the best equipment with a perfect operating system for it.

The game has basic elements like Hover tanks that move quickly, bombers, and fighter jets to get the target down. The count of your killing can also be increased to unlock new advances in the game. If you kill more people, you will be able to unlock many super units and this is good for your game. There is also the new enemy unit in its place to be targeted because there will be not many supplies to kill, it is limited.

You’ve to work as a team to get dominance over your enemies and to get down the command of the enemies’ center as soon as possible otherwise the enemy will destroy you instead.

If you want to stay in the game, you’ve to be alive for maximum time to get better results. By doing so, you will be at the level in the game with other competitors. You’ve to get the more powerful units by killing more counts as you can. It’s important for you to keep all the command centers by looking at the bars by checking it in the top middle of the screen. This is the most interesting online game that is loved and played by a large number of people.

Strategies for the Better Result

How to Play a Game

It’s the game where you’ve to act as the warrior by joining your forces and they try their best to destroy the center of your enemy’s command. You’ve to move fast if you want to save yourself. You’ve to save yourself if you want to continue the game. It’s considered as the best played and ranked online game to play with a lot of enemies from all over the world. You will be able to get the top spot if you’re able to collect the most kill.

It’s easily the one-click game to get amusement to play with the players from all over the world. It’s nice to play this game with having fun. There’re most of the online games that are commanded with the help of mouse or with the help of both mouse and keyboard. You give the input and get an output as according to your demand. You can enjoy different but interesting types of io game such as snake, ball, on time and flappy bird games with many other special programmed games. You can play the game by using your keyboard or mouse or you also can download it to play with your friends. There’s also the chat option inside the game.

You can also make your spacecraft stronger by attaching various modules and other accessories. It will help you in getting dominance over the foe. There’re also many asteroids to destroy you so don’t forget to master controls to face the dangerous situations. Obviously, they also will try to get dominance but you’ve to be more active and attentive to be the better in the game.