If you’re looking for a lightweight, simple yet exciting & fun game, look no further than the IO games. Today, we’re back with another super-duper IO games – Diep.io. This awesome game is developed and managed by Miniclip – a developer company of small and nice games for everyone.

The game is very simple and intuitive and full of the adrenaline rush. You play as a tank that’s able to shoot and move around the map. You own a tank with a specific color. The color is very important as it defines what you can hit and what not. Diep.io tanks are very realistic.

In addition to game modes, there’s a system of upgrades. You can upgrade your tank to have additional stats like

The control of this game is very simple. It’s just like almost all other IO games.
Movement – Use arrow keys or “WASD” to move your tank throughout the map.
Attack – Left-click with the mouse. You can hold the click for continuous shots. 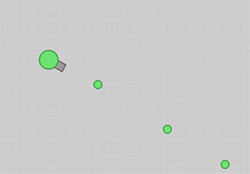 The strategy of Diep.io is a slightly different than other IO games. At first, as you’re a level 1, it’s the best to farm and upgrade yourself as high as possible. There’re many destroyable objects on the field that will earn you lots of points. Continue upgrading the abilities.
After a certain level, you can choose to improve your tank. Choose wisely as different ones have different actions. Unless you’ve become powerful enough, don’t go to the map’s middle area. Just start playing Diep io. You’ll fall in love of the game!